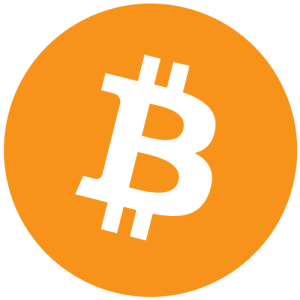 Bitcoin (BTC) is a consensus network that enables a new payment system and a completely digital currency. Powered by its users, it is a peer to peer payment network that requires no central authority to operate. On October 31st, 2008, an individual or group of individuals operating under the pseudonym "Satoshi Nakamoto" published the Bitcoin Whitepaper and described it as: "a purely peer-to-peer version of electronic cash, which would allow online payments to be sent directly from one party to another without going through a financial institution."

Ethereum (ETH) is a smart contract platform that enables developers to build decentralized applications (dapps) conceptualized by Vitalik Buterin in 2013. ETH is the native currency for the Ethereum platform and also works as the transaction fees to miners on the Ethereum network. Ethereum is the pioneer for blockchain based smart contracts. When running on the blockchain a smart contract becomes like a self-operating computer program that automatically executes when specific conditions are met. On the blockchain, smart contracts allow for code to be run exactly as programmed without any possibility of downtime, censorship, fraud or third-party interference. It can facilitate the exchange of money, content, property, shares, or anything of value. The Ethereum network went live on July 30th, 2015 with 72 million Ethereum premined. 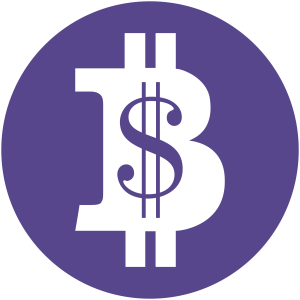 Bitcoin Dollar (BTD) is Both a Decentralized Cryptocurrency and a Blockchain Based P2P Network to Facilitate its Users. Bitcoin Dollars are Based on Bitcoin Blockchain. A Digital Currency without a Single Administrator that can be Sent P2P without the need for Middleman or Agent. Bitcoin Dollar is operated by its community of users, and anyone can participate. Some users can even earn bitcoins performing services for the network, such as promoting Bitcoin Dollar, apps, running a node, validating and securing bitcoin transactions.

Litecoin (LTC) is a peer-to-peer cryptocurrency created by Charlie Lee. It was created based on the Bitcoin protocol but differs in terms of the hashing algorithm used. Litecoin uses the memory intensive Scrypt proof of work mining algorithm. Scrypt allows consumer-grade hardware such as GPU to mine those coins.

Monero (XMR) is a private, secure, and untraceable cryptocurrency that was launched April 18th, 2014. With Monero, it is said you are in complete control of your funds and privacy no one else can see anyone else's balances or transactions. 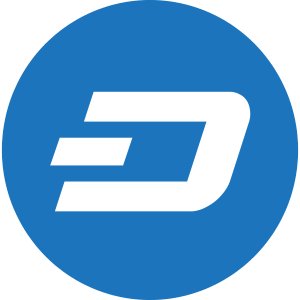 Dash (DASH) describes itself as digital cash that aims to offer financial freedom to everyone. Payments are fast, easy, secure, and with near-zero fees. Built to support real-life use cases, Dash aims to provide a fully-decentralized payments solution. Users can purchase goods at thousands of merchants and trade it at major exchanges and brokers around the globe. Dash has introduced features such as:
Two-tier network with incentivized nodes and decentralized project governance Masternodes, Instantly settled payments, Instantly immutable blockchain and Optional privacy.

Zcash (ZEC) - Launched in 2016 by Zooko Wilcox-O’Hearn and based on the Zerocoin protocol, Zcash is a decentralized and open-source privacy-focused cryptocurrency that enables selective transparency of transactions. Zcash transactions can either be transparent or shielded through a zero-knowledge proof called zk-SNARKs. This allows the network to maintain a secure ledger of balances without disclosing the parties or amounts involved. Instead of publishing spend-authority and transaction values, the transaction metadata is encrypted and zk-SNARKs are used to prove that nobody is being dishonest.

Siacoin (SC) aims to provide an open-source low-cost solution for cloud storage, offering encryption and distribution of files chosen for storage by users across a decentralized network of peers. User-controlled private keys give the assertion that no third parties should have access to or control over data stored on the network. As a result, the cloud storage marketplace made available to users of the Sia blockchain is meant to be highly redundant, completely private, and more affordable than many alternatives.

Komodo (KMD) describes itself as an open, composable multi-chain platform. With blockchain development roots going back to 2014, Komodo is reportedly one of the pioneers of multi-chain architecture in the blockchain space. As of Aug 2019, Komodo focuses on providing business-friendly blockchain solutions that are secure, scalable, interoperable, and adaptable. Komodo's current technology suite, the Antara framework, offers tools for end-to-end blockchain development, including a customizable, application-specific Smart Chain complete with a library of built-in modules and an open API for building blockchain-based applications.

Zcoin (XZC) is an open-source privacy-focused cryptocurrency token that launched in Sep 2016. Zcoin originally pioneered the use of Zerocoin to enable privacy but has since transitioned to a scheme called Sigma which is based on a paper by Jens Groth and Markulf Kohlweiss that reportedly allows greater scalability and removes the need for trusted setup in Zerocoin. With Zcoin’s Sigma feature, only the sender and receiver would be able to ascertain the exchange of funds in a given transaction, as no transaction histories are linked to the actual coins. Zcoin is also the creator of the Lelantus privacy protocol which improves Sigma's privacy and functionality.

Peercoin (PPC) is a cryptocurrency. Users are able to generate PPC through the process of mining. Peercoin (PPC) first came online in 2012, making it one of the earliest pioneering blockchains. The key innovation of Peercoin is its invention of proof-of-stake, an alternative consensus protocol to Bitcoin’s proof-of-work. Proof-of-work blockchains are secured by proving the consumption of a costly limited resource: electricity. Proof-of-stake replaces this expensive security protocol by utilizing an alternative scarce resource: time. Due to the cost efficient nature of proof-of-stake’s time based consensus rules, Peercoin is capable of allowing any network connected computer to participate in the blockchain’s security process. This efficiency strengthens Peercoin by growing the number of security providers and ensuring that security can be sustained over the long-term.

GameCredits (GAME) is a cryptocurrency. Users are able to generate GAME through the process of mining. With GAME Credits, all your in-game items are blockchain items, so you can own and sell them at your discretion. No blockchain experience required – we handle all the tricky stuff so you can just buy, sell and trade while you’re having fun. During our 2020 Promotion, stake your GAME Credits on your favorite games to earn you (and them) GAME Credits each week. Reach out and encourage your favorite games development team to join the GAME Rewards portal to start earning staking rewards today.

Namecoin (NMC) is a cryptocurrency. Users are able to generate NMC through the process of mining. Namecoin is an experimental open-source technology which improves decentralization, security, censorship resistance, privacy, and speed of certain components of the Internet infrastructure such as DNS and identities.
What can Namecoin be used for? Protect free-speech rights online by making the web more resistant to censorship. Attach identity information such as GPG and OTR keys and email, Bitcoin, and Bitmessage addresses to an identity of your choice. Human-meaningful Tor .onion domains. Decentralized TLS (HTTPS) certificate validation, backed by blockchain consensus. Access websites using the .bit top-level domain. Proposed ideas such as file signatures, voting, bonds/stocks/shares, web of trust, notary services, and proof of existence. (To be implemented.)

Vertcoin (VTC) is an ASIC-resistant P2P Litecoin fork that uses PoW to reach consensus. Billed as the 'The People's Coin', the Vertcoin ascribes primacy to keeping its mining functions decentralized, and seeks to allow anyone with a personal computer to join the Vertcoin network. Towards this end, Vertcoin has its very own 1-click miner, a program meant to make mining more accessible to the general public. In Jul 2014, Vertcoin released a wallet supporting Stealth Address transactions.